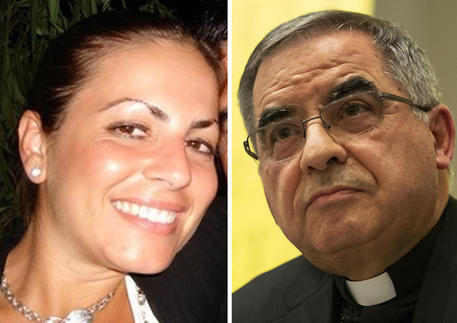 (ANSA) - ROME, JAN 18 - The Vatican has said that it does not want to press ahead with a request for the extradition of Cecilia Marogna, a Sardinian manager arrested on October 13 in relation to a Vatican probe into former cardinal Angelo Becciu, In a communication to a Milan court, the Vatican said that it has granted Marogna bail in the corruption case.
Marogna, from Cagliari like Becciu, was allegedly paid large sums by the former No.2 of the Vatican Secretariate of State that she then allegedly spent on personal items.
She had a spell in Milan's San Vittore prison after being arrested via Interpol on a Vatican charge sheet that listed embezzlement and aggravated improper appropriation of funds. (ANSA).