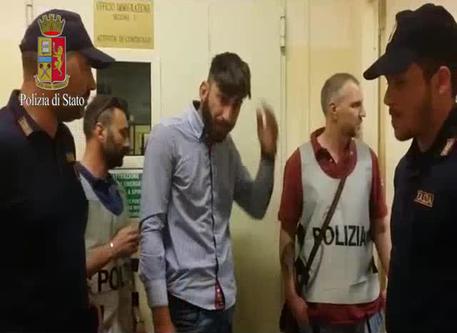 (ANSA) - Rome, September 18 - A man was sentenced to life in prison by a Rome court on Wednesday for the homicides of Elisabeth, Francesca and Angelica Halilovic, three sisters aged 20, eight and four respectively who were killed in a fire in May 2017.
The victims died after the camper that they were sleeping in with the rest of their family in a car park in Rome's Centocelle district caught fire because a Molotov cocktail had been thrown at it. The convicted man, Serif Seferovic, was arrested in February 2017 in relation to another case that hit the headlines - the theft of the bag of a Chinese student, Zhang Yao, who died after being hit by a train as she chased the thieves in Rome last year. Seferovic had gotten out of jail after plea-bargain for a two-year prison term for that case. Seferovic's sister-in-law, Lisabeta Vicola, was handed a 20-year term in relation to the camper-fire case last year.
Seferovic's brother, Ranato Seferovic, is wanted in relation to the case.
He is reportedly in Bosnia.