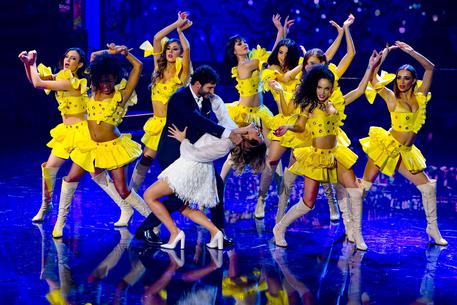 (ANSA) - NAPLES, OCT 6 - The producers of the popular TV comedy show 'Made in Sud' (Made in the South) have been placed under investigation in a probe into false invoices, judicial sources said Tuesday.
Businessmen Ferdinando Mormone and Mario Esposito are suspected of issuing and using false invoices to take over the company that runs a popular Neapolitan theatre, the Teatro Cilea, police said.
Finance police carried out eight searches in the probe.
Those whose premises were raided are all involved in the Neapolitan theatre and TV world, sources said.
Mormone and Esposito's lawyer, Gino Fabio Fulgeri, told ANSA that police had only "formulated hypotheses" in the case.
He expressed "amazement" that news of the probe was released while the investigation was still ongoing.
Fulgeri said police had only now ordered searches for financial documents that might provide evidence, and had hitherto not had anything to go on.
Naples prosecutors said they were trying to build a solid case.
Fulgeri said his clients were innocent. (ANSA).