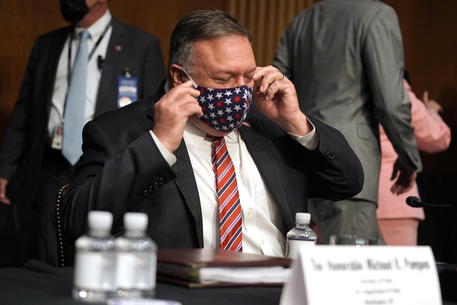 (ANSA-AFP) - PRAGUE, 11 AGO - US Secretary of State Mike Pompeo arrived in Prague on Tuesday, public TV footage showed, to open a five-day visit to central Europe with a hefty agenda including China's role in 5G network construction. Pompeo will spend two days in the Czech Republic before moving on to Slovenia, Austria and close ally Poland, which is eager to welcome some of the US troops leaving Germany to guard against historic adversary Russia. The focus will be on Pompeo's campaign for nations to shun Huawei, the Chinese telecom giant considered a threat by Washington as it takes a lead in fifth-generation internet, and to reduce Europe's energy dependence on Russia. On Tuesday, Pompeo will join his Czech counterpart Tomas Petricek on a trip to Plzen (Pilsen) to pay tribute to US troops that liberated the western Czech city in 1945. On Wednesday, he will meet Czech and US tech companies over 5G before talks with billionaire Czech Prime Minister Andrej Babis. Pompeo will also deliver a speech in the Czech senate and hold a short meeting with the pro-Russian, pro-Chinese Czech President Milos Zeman. The next day, Pompeo will travel to Slovenia where he is due to sign a bilateral agreement on 5G security. Still on Thursday, Pompeo will travel to Austria to meet Chancellor Sebastian Kurz for talks on US-Austrian trade and Austria's involvement in peacekeeping missions worldwide. Finally, the secretary will move to Poland on Saturday to discuss the redeployment of troops pulled from Germany. The Pentagon has recently said the United States would bring home some 6,400 military personnel from Germany and shift nearly 5,600 more to other NATO allies. The Donald Trump administration has close ties with Polish President Andrzej Duda, who had earned an invitation to the White House days before being re-elected in June. Polish Defense Minister Mariusz Blaszczak has said that the United States will deploy at least 1,000 additional troops to Poland. (ANSA-AFP). 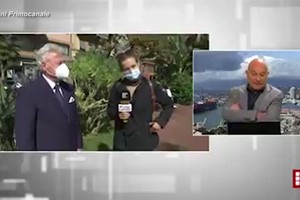