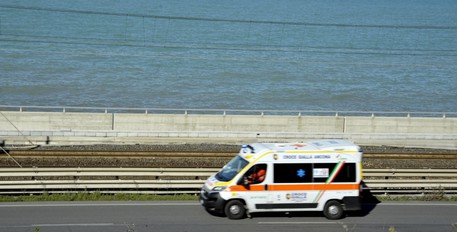 (ANSA) - IMPERIA, APR 19 - An 81-year-old man killed his 80-year-old wife and the family dog at Rocca Nervina near Ventimiglia in the province of Imperia in northwestern Italy on Monday.
Local sources said the man cut the sleeping woman's and the animal's throats shortly before dawn.
He then went back to bed and tried to slit his wrists with the knife he had used, but having failed to do so called the police, the sources said.
The couple apparently had a violent row Sunday night.
The man was named as Fulvio Sartori, a former member of the crack Alpine army regiment and a former forest ranger.
The woman was named as Tina Boeri, and the dog as Luna.
Neighbours told police the pair were a quiet couple.
Sartori was often seen walking the dog in the town, which has a population of about 3,000.
"It is a completely unexpected act, the town is in shock," said a local traffic policeman. (ANSA).