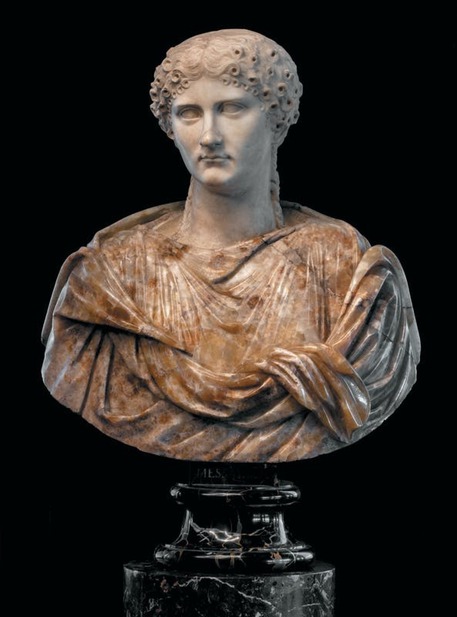 (ANSAmed) - FLORENCE, APRIL 12 - An archaeological exhibit of the Uffizi Gallery on the role of women in ancient Rome is going digital. The event called 'Imperatrici, matrone, liberte.
Volti e segreti delle donne romane' (Empresses, matrons, freedwomen. Faces and secrets of ancient Rome), according to a statement, was inaugurated at the beginning of November and closed due to Covid restrictions only one day later. The exhibit was completely digitalized in high definition and, starting on Monday, it is possible to take a free virtual tour on the website of the museum, uffizi.it (https://www.uffizi.it/mostre-virtuali/imperatrici-matrone-liber te).
It is the first show of the gallery that can be visited online in this way. It is possible to zoom on details of the artwork and see the explanations and additional information in Italian and English.
Moreover, thanks to a new functionality, it will be possible to directly connect to the technical sheet of the oeuvre in the archives of the museum's website. The statement added that there are some 30 artworks coming from the rich archaeological collection of the museum complex: they include the sculptures of Nero's mother Agrippina, Domizia Longina, Domiziano's wife. They describe the lives of Roman women in the first two centuries of the Empire, from the start of the I until the second half of the II century AD, focusing on positive and negative models represented by empresses and leading women in the imperial house and highlighting possible public roles for women, with an insight into the fascinating stories of everyday life of matrons and freedwomen.
"The Uffizi Gallery over the last few years has dedicated great attention on the themes of gender history - commented the museum's director Eike Schmidt - changing the traditional and traditionalist image of women and showing instead their creative, strong and indomitable side. The show is also a unique occasion to allow our visitors to admire splendid pieces of our very important archaeological collection that will surprise our most careful public".(ANSAmed).