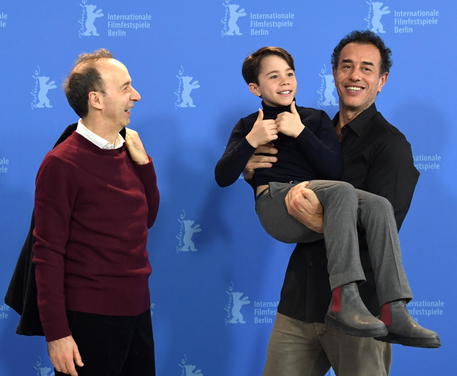 (ANSA) - ROME, APR 14 - Matteo Garrone said he was savouring the "historic" success of his 2019 adaptation of Pinocchio after it won two Oscar nominations - for Best Costume Design and Best Makeup and Hairstyling.
The director refused to be drawn into the debate about why the film, which stars Roberto Benigni as Gepetto, had not been been chosen to be Italy's candidate for the best foreign-language Academy Award.
"The last thing I would do at the moment is to cause a row because Pinocchio wasn't Italy's Oscar candidate," Garrone said at the presentation of a new-edition version of his award-winning 2008 film about the Neapolitan mafia, Gomorra.
"I would never do that, it would be bad taste.
"But I am enjoying the happiness of two historic nominations for an independent Italian film, without a platform or a major behind it, without anyone pushing it in Hollywood.
"It is a truly unique thing.
"You have to go back 50 years to see an Italian film take this path.
"I'm really happy for the whole team.
"No matter how things go, it will be wonderful to be there on the evening of April 25". (ANSA).