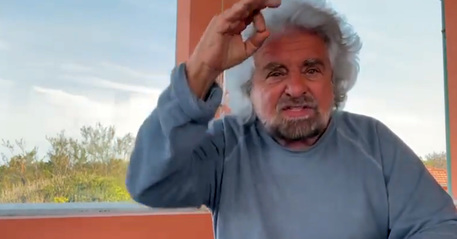 (ANSA) - ROME, APR 19 - Comedian-cum-politician Beppe Grillo, the founder of the 5-Star Movement (M5S), on Monday denied that his son was a rapist.
Griilo's son Ciro is reportedly close to being indicted along with three other young men for the alleged gang rape of a then.19-year-old woman in Sardinia in 2019.
"My son is in all the newspapers depicted as a serial rapist along with three other youngsters," Grillo said in a video on Facebook.
"I really want to ask why a group of serial rapists have not been arrested.
"The law says that they should be taken, put in prison and interrogated.
"They have been free for two years. I would have kicked their butts to the jail.
"So why haven't you arrested them? "Because you have realised that none of it is true, nothing happened, because it seemed strange to you that someone who gets raped reports it eight days later.
"If you haven't arrested my son, then arrest me so that I go to prison". (ANSA).