Here below is the full article in English:

The recent regulation updates have eliminated the uncertainties about the future of Chinese vaping industry, paving the way for the industry’s sustainable development.

World Health Organization estimates that China has over 300 million smokers, nearly one-third of the world's total. More than half of adult Chinese men are current tobacco smokers. By contrast, the e-cigarette penetration rate among Chinese smokers is less than 1%, indicating the massive development potential of Chinese e-cigarette market.

The legal recognition sends a positive signal that vaping could continue to serve as a harm reduction tool to help over 300 million Chinese smokers, significantly improving the country’s public health.

Released on November 30, the exposure draft of national standards of e-cigarettes covers a wide range of requirements, involving devices, materials, nicotine and additives. More importantly, the exposure draft requires all vaping devices to incorporate designs preventing children from misusing for the first time.

According to the exposure draft, the forthcoming national standards set specific quality requirements for vaping products, demanding manufacturers to improve product safety. It is expected that only the responsible industry players with quality assurance can comply with the standards. In the long run, the standards will foster sustainable development of the industry and provide consumers with more reliable products.

In terms of market landscape, it will eventually accelerate the market concentration and benefit market leaders with comprehensive safety management. Taking SMOORE for example, its safety standards have covered all PMTA tests and 134 in-house tests. It is the only company in China that has the capabilities of PMTA non-clinical testing and PMTA health risk assessment.

In a global context, public health regulators always tend to trust and approve products made by market leaders with technological edge for reliability backed by scientific evidence. For instance, in the US, British America Tobacco and Altria are the only two companies whose products have been granted premarket tobacco application (PMTA) approval by the Food and Drug Administration (FDA). China’s State Tobacco Monopoly Administration also requires all e-cigarettes sold in China to be registered and vaping companies to submit scientific evidence on product safety.

However, the new draft rules have little impact on exported e-cigarettes, as long as they comply with the laws, regulations and standards of destination countries. Therefore, it is relatively favorable to the vaping companies whose overseas markets account for the majority of revenue. 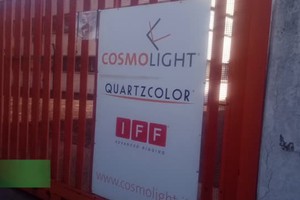