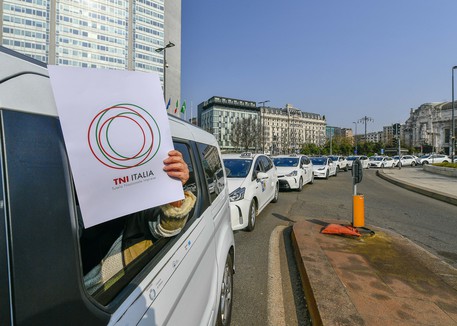 (ANSA) - ROME, APR 19 - A protestor was run over on Monday while taking part in demonstration against the government's COVID-19 restrictions that involved blocking traffic on the A1 motorway near Florence.
The protest, organized by the Tni Italia network representing the hospitality industry, is the latest in a series staged by restaurateurs, bar and gym owners and shopkeepers against the restrictions.
The protestor, a restaurateur from Emilia Romagna, was hit by car that refused to stop during the demo, which was being broadcast live via Facebook.
The man was not badly injured, sources said.
The motorist who hit him was identified and detained by the police further down the highway, according to the sources.
"Here we have entrepreneurs, people who are tired of being on the receiving end and want to reopen and get back to work," said Tni Italia President Pasquale Naccari. (ANSA).