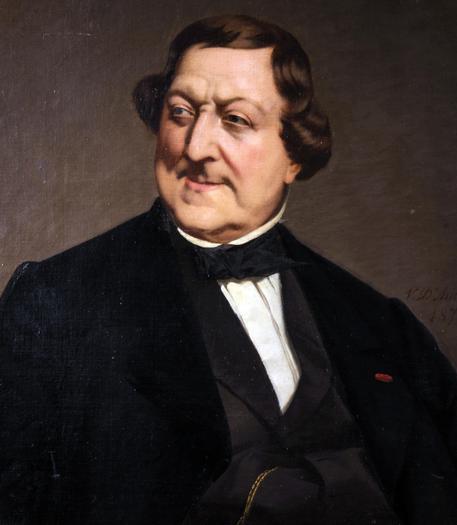 (ANSA) - ANCONA, APR 14 - A conductor's baton once used by 19th-century opera composer Gioachino Rossini is set to be put up for auction online with a reserve price of 1,500 euros, the Florence-based auction house said Wednesday.
The ebony, ivory and mother-of-pearl baton was awarded to the Barber of Seville author by the town of Passy near Paris where he had a villa and died in 1868 aged 76.
It will be sold by the Gonnelli auction house, based in the Tuscan capital.
Also up for sale on April 19-21 will be antique books, graphic works, autographs, musical documents and another Rossini souvenir: an invitation to rehearsals for his Petite Messe Solennelle (1863), one of the many pieces of sacred music he also penned, and his last major composition.
Rossi is best known for his early comic operas L'italiana in Algeri, Il barbiere di Siviglia (known in English as The Barber of Seville) and La Cenerentola, which brought to a peak the opera buffa tradition he inherited from masters such as Domenico Cimarosa and Giovanni Paisiello.
He also composed opera seria works such as Otello, Tancredi and Semiramide.
In 1824 he was contracted by the Opéra in Paris, for which he produced an opera to celebrate the coronation of Charles X, Il viaggio a Reims (later cannibalised for his first opera in French, Le comte Ory), revisions of two of his Italian operas, Le siège de Corinthe and Moïse, and in 1829 his last opera, Guillaume Tell.
He remains one of the most popular Italian opera composers.
(ANSA).