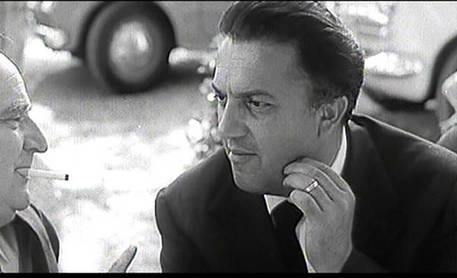 (ANSA) - Rome, January 20 - Italy on Monday feted late film maestro Federico Fellini on the anniversary of his birth.
There will be thousands of events across the country to recall the director of La Dolce Vita and Eight and a Half, Culture Minister Dario Franceschini said.
"One hundred years ago, on January 20, 1920, Federico Fellini was born in Rimini, a giant in cinema history who marked this art with his talent, oneiric verve and hard work", Franceschini said.
"All over the world auteurs, directors, actors and public continue to admire and draw inspiration from his work, capable of shaping the collective imagination".
Fellini, one of Italy's greatest ever film directors, died on 31 October, 1993, at the age of 73. Known for a unique style blending fantasy and baroque images with earthiness, he is recognized as one of the greatest and most influential filmmakers of all time.
His films have ranked, in polls such as Cahiers du cinéma and Sight & Sound, as some of the greatest films of all time. Sight & Sound lists his 1963 film 8½ as the 10th-greatest film of all time.
In a career spanning almost fifty years, Fellini won the Palme d'Or for La Dolce Vita, was nominated for twelve Academy Awards and won four in the category of Best Foreign Language Film, the most for any director in the history of the Academy.
At the 65th Annual Academy Awards in Los Angeles, he received an honorary award for Lifetime Achievement.
Besides La Dolce Vita and 8½, his other well-known films include La Strada, Nights of Cabiria, Juliet of the Spirits, Satyricon, Amarcord and Fellini's Casanova.