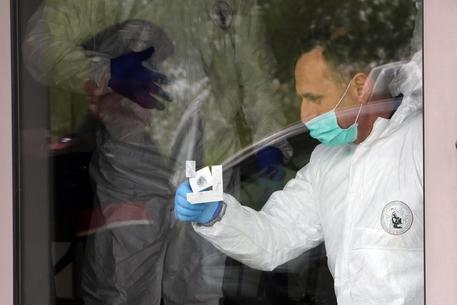 (ANSA) - Parma, January 22 - Historians have reportedly called in the Carabinieri police's RIS forensic unit to help them crack a 400-year-old cold case regarding the death of Alessandro Farnese, the third duke of Parma and Piacenza.
Farnese died at the age of 47 in 1592 and there have long been suspicions that he did not die of natural causes but was poisoned.
So his body and that of his wife, Mary of Portugal, have been exhumed from Parma's Santa Maria della Steccata church and are set to be subjected to an autopsy by pathologists at the city's Maggiore Hospital. "Alessandro Farnese was a key man for Philip II of Spain, who won a series of historic battles," Anna Zaniboni Mattioli, the history enthusiast behind the initiative along with the writer Giuseppe Bertini with the support of the Costantiniano military order, told La Gazzetta di Parma.
"He became one of the most problematic men in Europe.
"When he died it was thought that he was suffering from pneumonia, but there's a suspicion that he may have been poisoned because of the envy he stirred". photo: Parma RIS investigators.