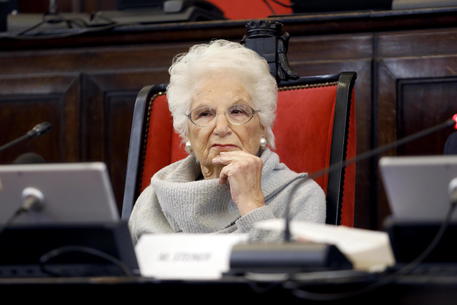 (ANSA) - Rome, January 24 - The Rome city assembly on Friday voted unanimously to make Holocaust survivor and Life Senator Lilian Segre an honorary citizen of the capital.
Segre, 89, survived Auschwitz as a girl.
She was named senator for life by President Sergio Mattarella on 19 January 2018.
Born into a Milanese Jewish family in 1930, Segre was expelled from her school after the promulgation of the Italian Racial Laws in 1938.
In 1943 she was arrested with many members of her family and deported to Auschwitz.
After 1990 she started to speak to the public, especially young people, about her experience.
Segre was recently given a police escort after anti-Semitic threats against her.