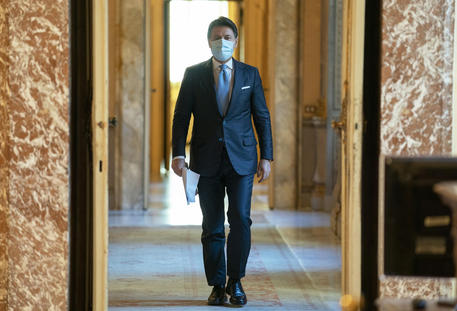 (ANSA) - ROME, JAN 18 - Premier Giuseppe Conte is set to appeal to the Lower House to keep his government alive on Monday after Matteo Renzi's Italia Viva (IV) party triggered a crisis by pulling its support last week.
The premier faces the first of two crunch confidence votes, with an even stiffer test coming in the Senate on Tuesday if his executive survives in the House on Monday.
He is set to appeal to so-called 'constructor' lawmakers from outside the ruling coalition to vote for the government and stop it collapsing in the middle of the COVID-10 pandemic.
The two senior partners in the ruling coalition, the 5-Star Movement (M5S) and the centre-left Democratic Party (PD), have rejected the idea of patching things up with ex-premier Renzi.
But the PD has kept the door open to individual IV lawmakers and two have said that they will break ranks from the centrist group.
The centre-right opposition has called for snap elections, arguing that, even if the government survives the confidence votes, if will be too weak to effectively rule the country.
Life Senator and Holocaust survivor Liliana Segre said she will defy medical advice and will be in Rome to vote for the government, describing the crisis as "incomprehensible". (ANSA).