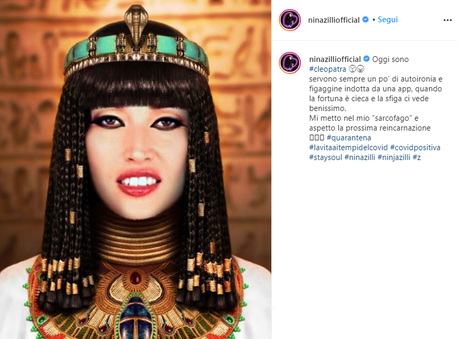 (ANSA) - ROME, OCT 20 - Italian singer Nina Zilli has tested positive for COVID-19, she said on Instagram Monday.
Zilli, 40, said she had probably got the virus at a dinner and warned her fans to be careful.
"I advise you not to go to the restaurant, to stop going to crowded spaces.
"I am quarantining, but I advise you to stop your social life this and next week.
"I did everything I could not to get it, I swear.
"But it is out of our control".
Piacenza-born Zilli, whose real name is Maria Chiara Fraschetta, is a singer-songwriter.
After releasing her debut single "50mila", she achieved commercial success with the album Sempre lontano, released after participating in the newcomers' section of the Sanremo Music Festival 2010.
During the Sanremo Music Festival 2012, Zilli was chosen to represent Italy in the Eurovision Song Contest 2012 in Baku, Azerbaijan, where she placed 9th with the song "L'amore è femmina (Out of Love)", included in her second studio album.
Zilli returned to the Sanremo Music Festival in 2015, and competed with the song "Sola" from her album, Frasi&Fumo.
She was also a judge of Italia's Got Talent from 2015 to 2017.
(ANSA).